From WikiAlpha
Jump to: navigation, search
For other uses, see Fracture.

Fracture is a name applied to several fictional characters from the Transformers series, the first being a female Transformer introduced in 2008.

Though not part of the live-action Transformers film, Fracture is featured as part of the toy line and associated comics.[1] She is inspired by the Gobots character Crasher. She is sometimes called "Decepticon Fracture" for trademark purposes.

Dedicated to Megatron and the Decepticon cause, Fracture is a dangerous enemy. She is totally fearless, and probably a little bit crazy, as she dives directly into any battle, regardless of the odds. Although she carries a powerful negative energy blaster, she prefers to use the seismic energy dischargers on her feet to smash the surrounding earth to pieces. Any battlefield on which she walks shudders with the force of her steps.[2] 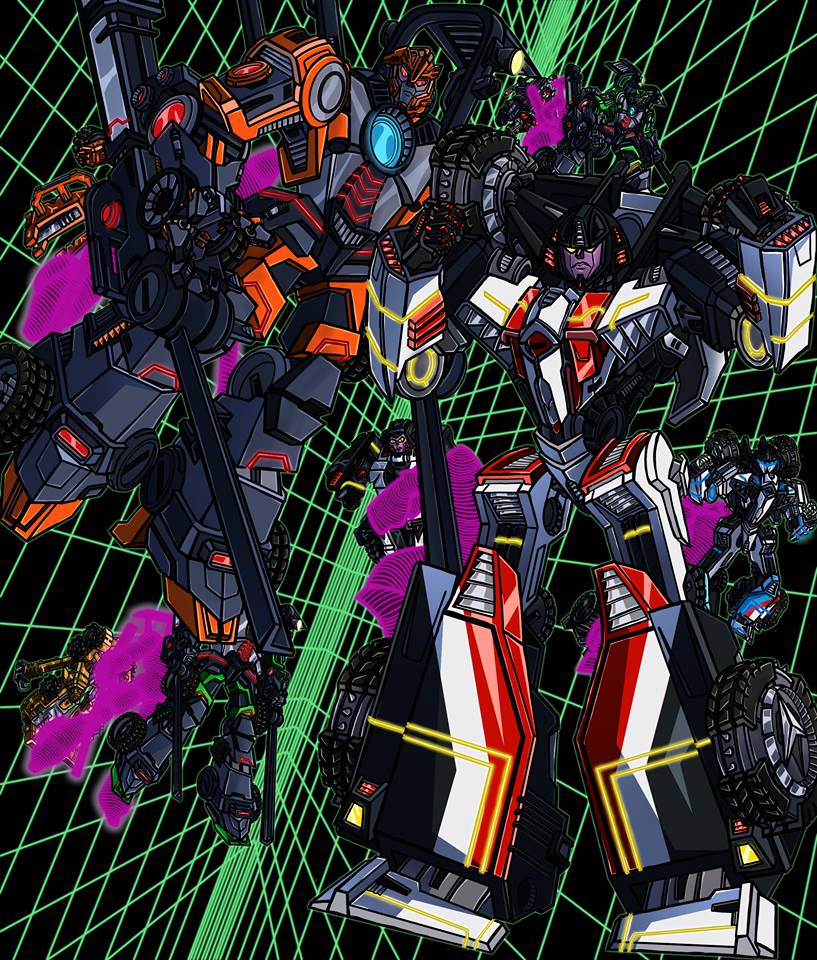 Deadlift, the Sweeps, Fracture and her armada in Echoes and Fragments Part 2

Fracture was featured in the 2016 Ask Vector Prime story Echoes and Fragments, set during the events of The Transformers: The Movie. The manipulations of the evil Gong and Sideways resulted in various GoBots swapping places with characters during the events of that film. Fracture took the place of Cyclonus in the story. When the Renegades took over the Autobot Command Center, Crasher was one of the Renegades who took the controls. Cy-Kill ordered her to lock the defeated Ironhide in the hold. When Unicron reached an agreement with Megatron, Crasher was rebuilt into Fracture. She then returned to Earth under the command of Galvatron and attacked the Autobot and Guardian forces and helped destroy Command Center 33 and 09.[3]

Fracture is among the Decepticons who arrive on Earth under the direction of Soundwave in Transformers: Alliance #3. She arrives in Italy and assumed the form for a Formula One race car. In issue #4 Fracture is hunted down by Ironhide and human members of N.E.S.T., who chase her until Ironhide can run her off a cliff, killing her.

In the IDW comics Fracture was given a more alien styling to make her fit in more with the movie style, rather than resembling her toy.

Stories from the alternate universe where Megatron won the battle for the Allspark are in italics.

Fracture appears in issue #17 of the Titan Transformers Magazine, in a story called "Return to Cybertron: Part 1." She is part of the "New Decepticons" on Cybertron led by Stockade.

A Walmart exclusive black, white and red recolor of Robots in Disguise Classic Deluxe Mirage. According to the toy designer, this character was inspired by the GoBots character Crasher, but Hasbro's legal department was unable to secure that name.[4] The paint scheme is based on one used by a Russian F1 race team.[5]
This toy was repurposed into TFcon Thrasher.

A reproduction of the Fracture toy made by Chinese toy maker CHMS.[6]

An entirely different version of Fracture appeared in Robots in Disguise: a male Decepticon who transforms into a motorcycle. He has two Mini-Con partners, Airazor and Divebomb, and a long-running rivalry with the Autobot Drift.

Like Drift, Fracture comes to Earth seeking to claim the bounty placed on Bumblebee by the Autobot High Council due to his unauthorized travel to Earth. After being thwarted by Drift, he launches a secondary attack and manages to capture most of Bumblebee's allies. However, he is defeated by the Autobots and their human allies and his ship is destroyed, with his Groundbridge falling into the hands of the Autobots. Fracture and his Mini-Cons then join forces with Steeljaw and his pack, and become involved in their efforts to conquer Earth for the Decepticons and bring Megatronus to Earth. Despite their formidable alliance, the Decepticons are thwarted on several occasions by the Autobots, even after seizing control of the scrapyard where they maintain their base.

Fracture later encountered a pair of Cyclone Mini-Cons, Ransack and Fasttrack, and attempted to recruit them but found them uncontrollable. Shortly before Megatronus' arrival he was dispatched by Steeljaw to capture Fixit, and managed to infiltrate Denny Clay's scrapyard by having one of his Mini-Cons impersonate Russell Clay's friend Hank. However, he and his minions were defeated by the arrival of Optimus Prime and imprisoned. When Steeljaw later infiltrated the scrapyard and rescued several Decepticons, he chose to leave Fracture in captivity.